Since I wrote the heading much has happened. I finished all my project during Tour de Fibre. They were many folders for travelling papers such as passports, flight documents, money etc. I will show you the photoes before I continue. 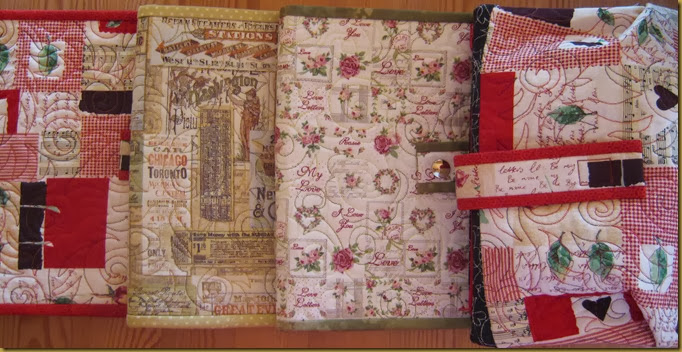 Some of these file folders are presents for friends.

I have been home and colleted what I had forgotten and of course I did forget all the thread for quilting but I since I have an appointment in town on Tuesday I will collect them then. I can do much without the quilting thread. I have a lot of fabrics so I will not sit with my hands tied.

Day three: Since I am a late sleeper i haven’t been ready for the Tour until now. I arranged the different parts of the project I worked on yesterday to show how far I came then. 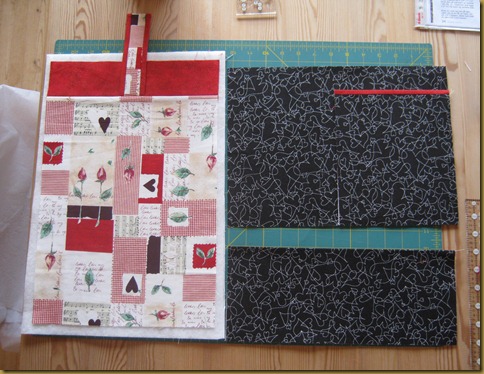 If I don’t get my quilting thread today I have to stop this project at this time but will of course start a new one. I still make these “Passports and Ticket” items. They are very popular among my friends and family.

The Tour started today. I also started today. First I finished a  project that will be a birthday present for one of my friends. It was made after a pattern called “Just Hand Luggage”. I had more of a fabric which I used for a present for the same friend for her last birthday. Since she was so happy for her present then, I used the same fabrics for her next. So when she are travelling the next time she will har both a place for her passport and tickets and for small items that needs to be shown in the security check. I had very little left on that purse so it was more like a warm up before the Tour. This pattern was found in the Norwegian quilt magazine MyQuilt nr.2 2010. 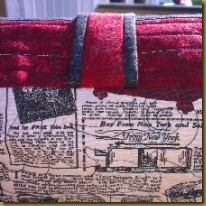 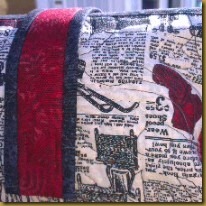 Next I started to make another cover for passports and papers. I finished just at the same time the cyclists broke the goal line. I only had some hand sewing left. I choosed to sew the inside of the binding by hand in front of the TV. As the evening went on we lost the electricity three times and each time it was gone for quite a long time. The first time for more than an hour. When the weather is so unstable as it was such thing can happen and we are used to it. However, I did the last stiches before going to bed but then it was too dark to take a photo of it and far too wet. It was soaked everywhere.

This is a pattern from MyQuilt nr. 4 2011, “Passports and Tickets”. I have decided to make many more of them because my friends love this items.

This is the front side. 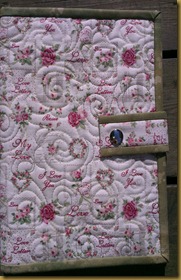 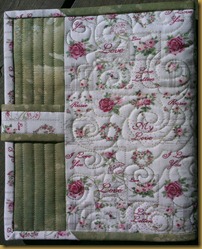 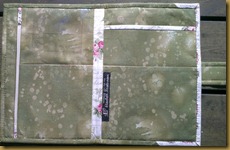 Today I have to go back home to collect more old sheet for the inside as backing for the quilting. I also have to collect my quilting gloves and more thread in different colours.

This is probably the year where I am making a lot of placemats. I found the pattern the Norwegian designer Annaka publised in a Norwegian quilt magasin a few years ago and made this 8 placemats for our cottage up in Hemsedal. 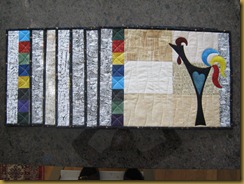 Then I decided to make some for my brother as well. Saturday my husband and I were invited for a supper and to stay over night. So they got 6 of the same. On Sunday morning they were used for the first time when we had our breakfast. 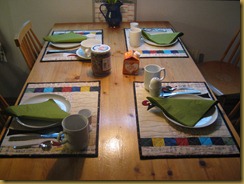 One Friday some weeks ago Sølvi Alfnes challenged us to start using rulers we still hadn’t used. I decided to use my X-block ruler. I watched some videos on YouToube so I knew how to use it. I picked out some maritime fabrics from my stash and started. I was a bit scared but after a while I felt quite comfortable in using it. These placemats were the result of my first attemt. 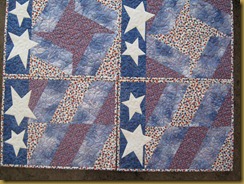 I was quite happy with them I twisted the blocks and put them together in different ways. Here are four of them.

The red and white one was started during the Christmas holiday. 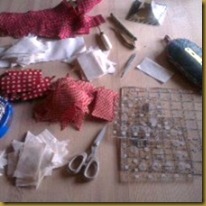 I found a pattern on the internet and decided to make it. I picked out the fabrics and everything else I needed for sewing this during our holiday. It was easy to make but when I was nearly done I didn’t have a fabric for the frame. Luckily I was helped by a quilting friend in my neighbourhood. So I finished it but didn’t had the curriage to machine quilt it at once. Some weeks ago I got the spirit and it was very quickly done. 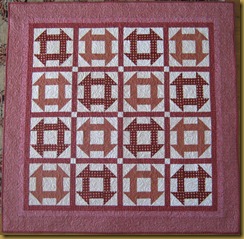 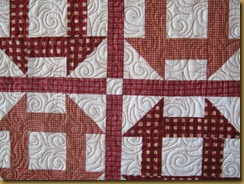 Two weeks ago my nephew got his first child, a little boy so I decided to make him a quilt after I had asked his mother if she would like to have one. Not every youth likes quilts so I asked before I made this. I used the X-block mini ruler to make this one. I really hope they like it. I have fleece as backing and also stabilized it with a very thin batting. It is machine quilted in a free motions pattern. 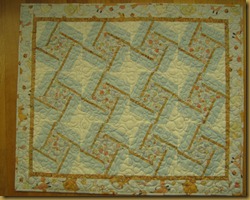 What flower are you?